A quick and easy dinner in a cast iron skillet

A delicious, easy, and gluten-free spaghetti pie the whole family will love

What is it about cooking in a cast iron skillet that makes everything just look GORGEOUS?!

Are you focused again?

Anyway, one of my sweetest friends bought me two cast iron skillets for my birthday last year, and they’re my favorite. Absolute favorite. I use them daily and they take a beating well. I used to be scared of cleaning them and everything but they’re really not overwhelming to maintain. at. all. 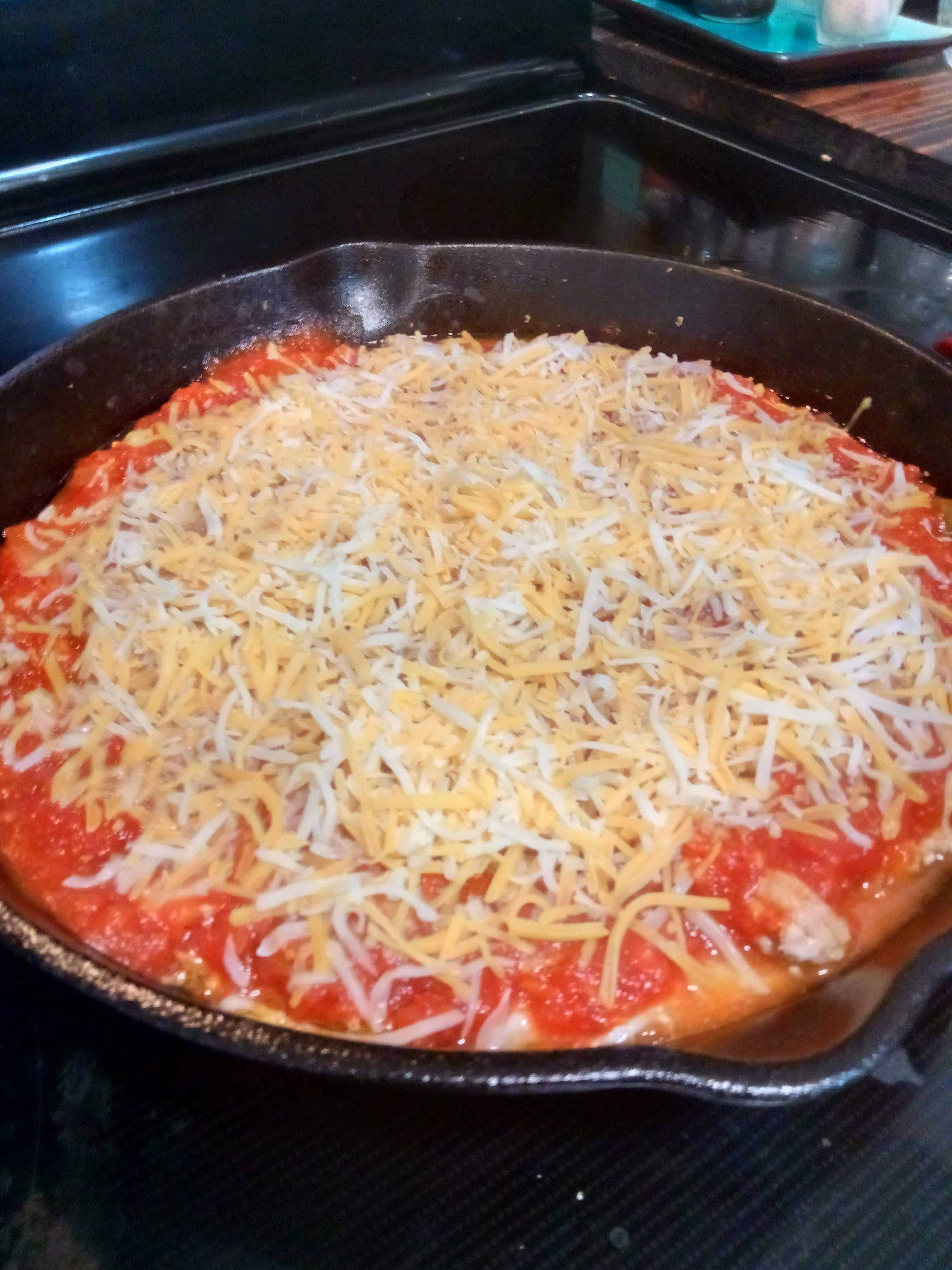 I’ve been experimenting with baking in them to make one less dish {or seven}, thus making my life a whole heck of a lot easier.  This spaghetti pie was a total success for us.

BUT the mixture of sour cream and egg with the noodles totally kicks plain ol’ spaghetti up a notch!

It’s delicious and easy, and really only takes a little bit longer than just spaghetti, but it’s totally worth it. I love this dish. It’s extremely comforting and creamy dreamy.

I used my 10 inch cast iron skillet, and it fed our family of 5 nicely, with lunch for my man the next day.

So much win here. 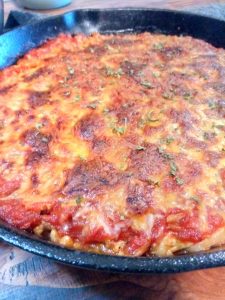 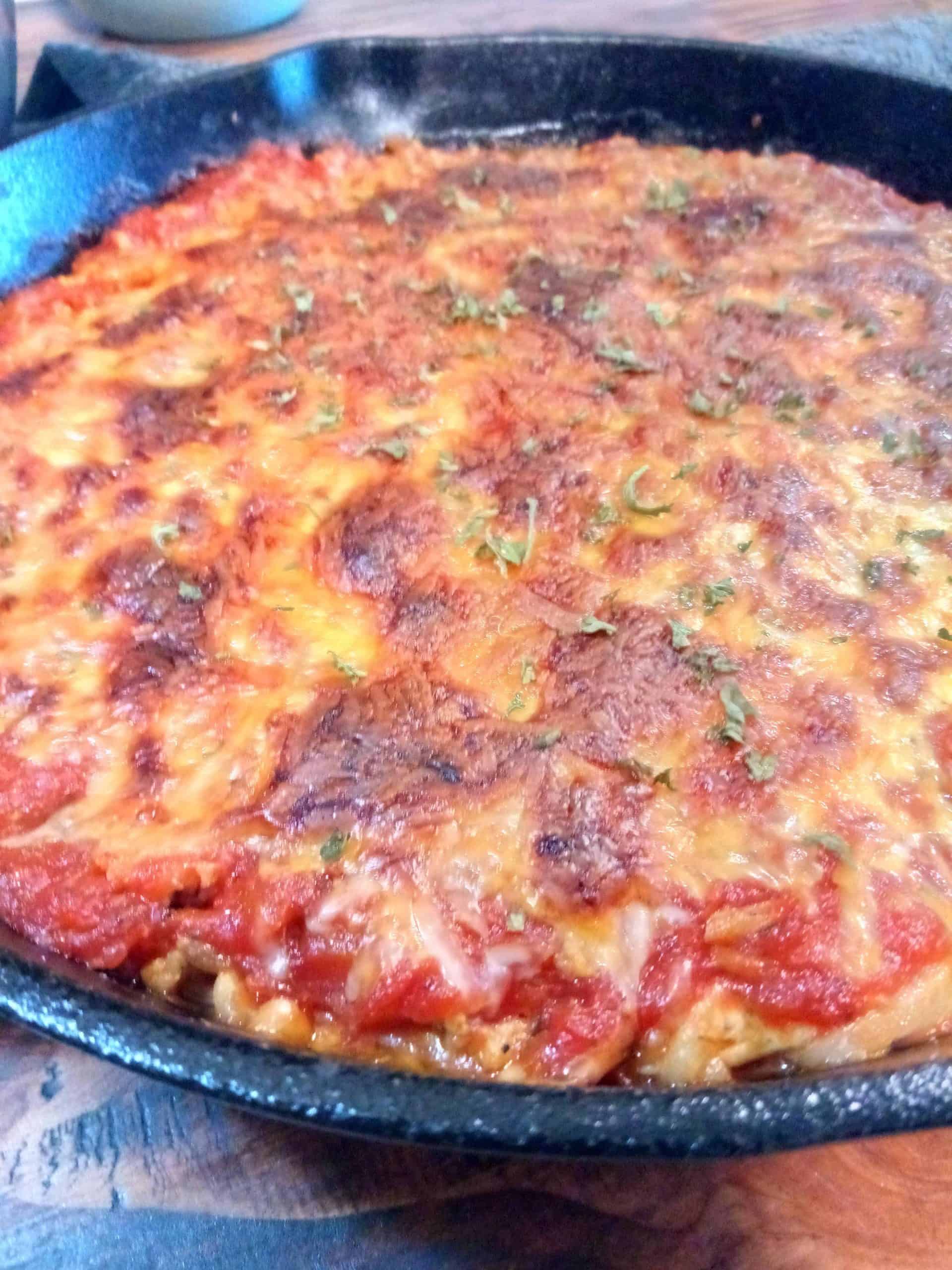 You can use any kind of spaghetti pasta for this. Regular pasta would work great, too! Ricotta cheese also works in place of sour cream. Use what ya got!

Do you have cast iron skillet fears? Do you LOVE yours like I do? 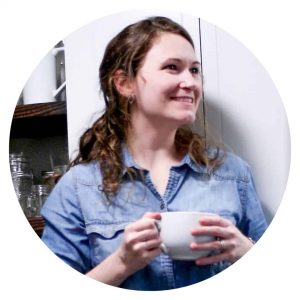 I’m Melissa, a mama to four kiddos under the age of 8.

My goal is to live a gluten-free, and natural lifestyle, while sticking to a budget. If you’re on a similar journey, let’s do this together! Learn more about me…

Beauty in the Crumbs is a participant in the Amazon Services LLC Associates Program, an affiliate advertising program designed to provide a means for sites to earn advertising fees by advertising and linking to Amazon.com.